ANOTHER RÜPPELL'S VULTURE IN MONFRAGÜE 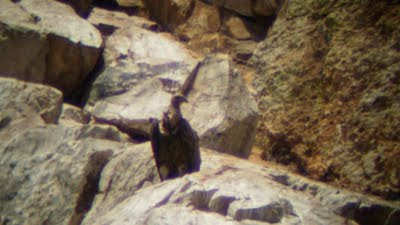 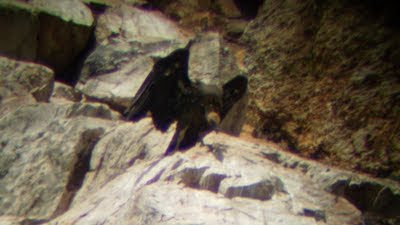 Nearly exactly one year ago this blog duly reported the sighting of a Rüppell's Vulture (Gyps rueppellii) at Salto del Gitano in Monfragüe on 5 and 6 June 2010 (click here). This short entry is to report another bird seen in the same place on 18 June 2011. Again it's an immature bird, maybe in its 2nd or 3rd year. The observers this time were Sergio Mayordomo and Ricardo Montero.

We gave fairly copious information on the bird last time. Suffice it here to say there are only three confirmed records of this species in Extremadura with another two, ostensibly valid, in the queue for acceptance. As already pointed out there are other poorly documented records, suggesting that the bird is present in the area in low numbers on a fairly regular basis. These questionable records include a recent sighting of a bird seen near Trujillo in spring 2011, maybe an adult or subadult, for it is described as a "dark Griffon Vulture with white spots on the plumage" (María José Moreno and Julián Panadero).
Posted by Javier Prieta at 10:57